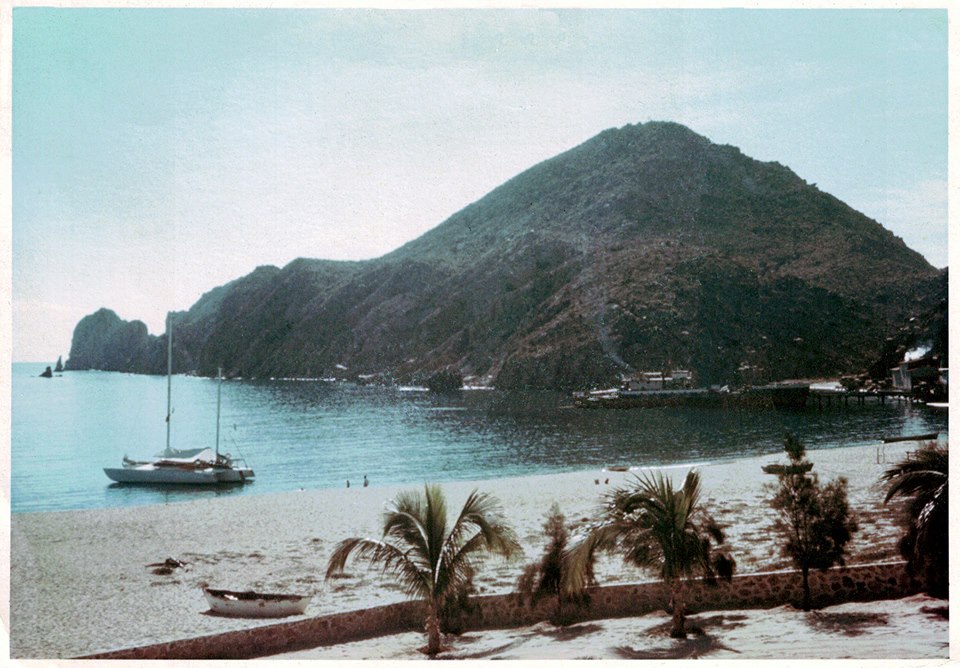 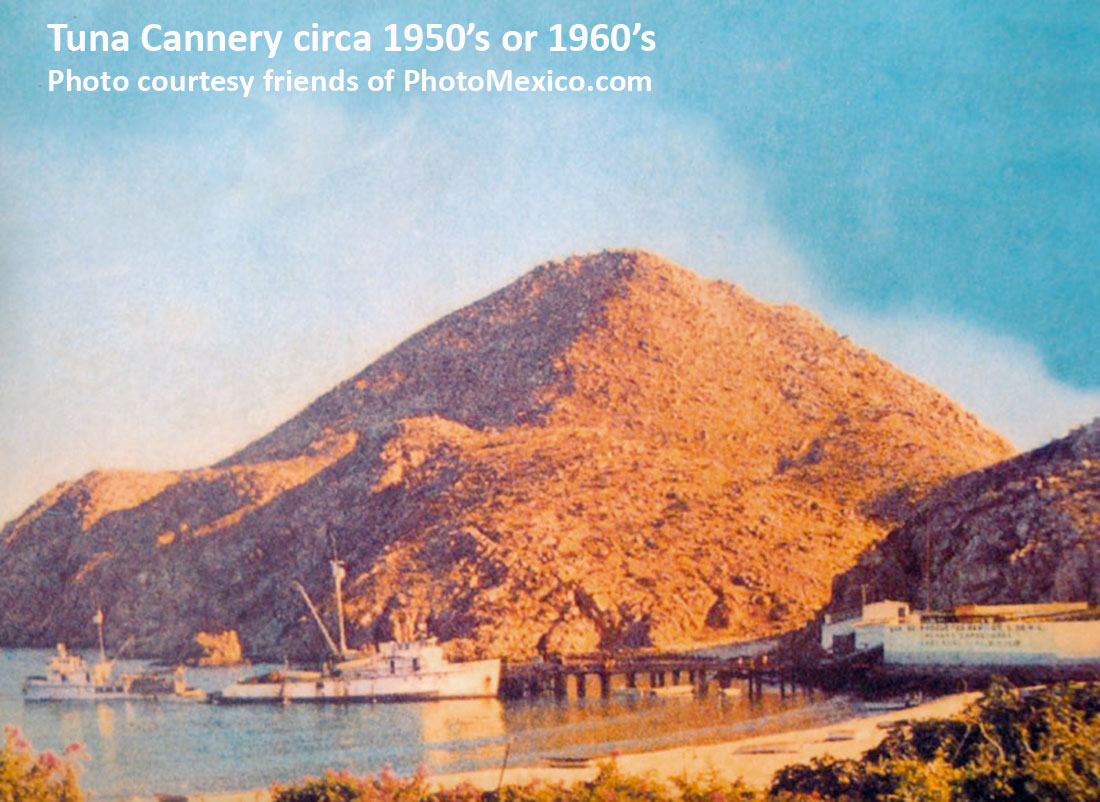 Photos of the Cabo San Lucas, Los Cabos area of Mexico during the 1960’s. 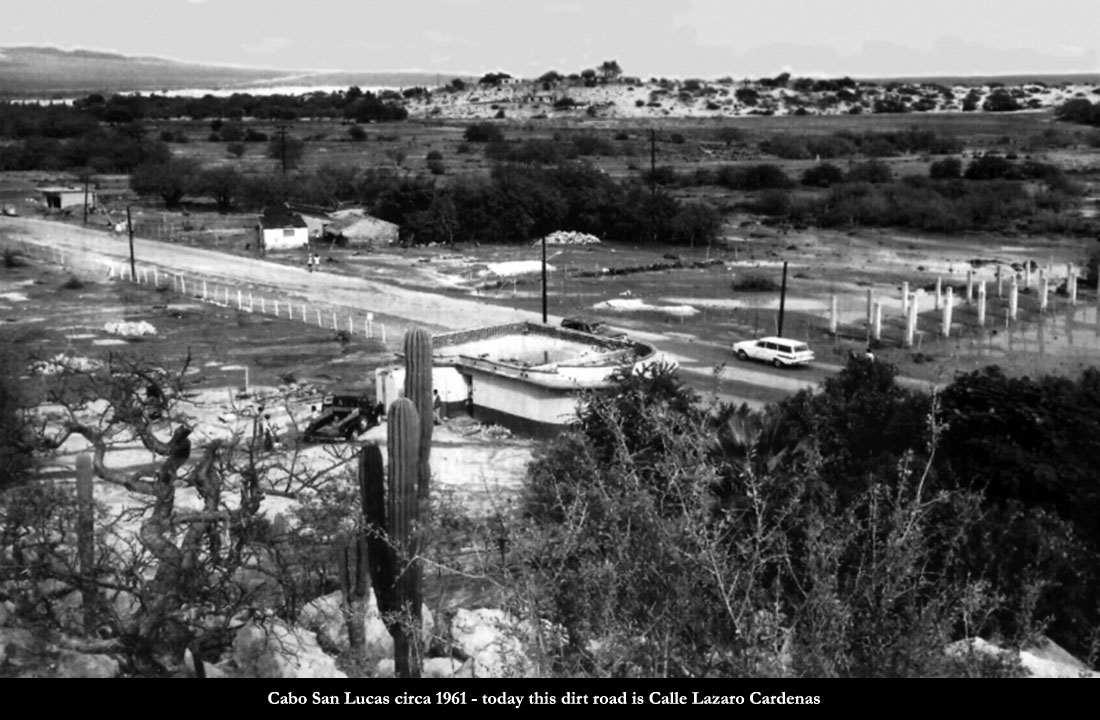 Playa Barco Varado (stranded or aground frigate or boat) or Shipwreck Beach is named after the wreck of the Inari Maru 10, a Japanese tuna boat that ran aground in 1966. Prior to approximately 2005 this old wreck was removed when he Golf Course and Sheraton Hacienda Del Mar Hotel was completed. 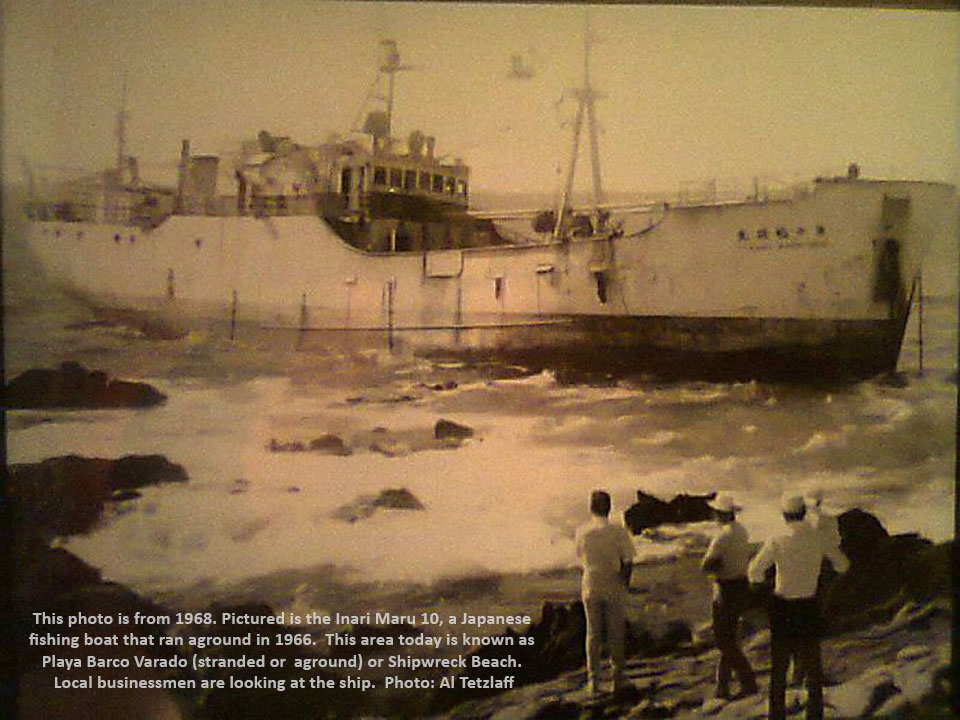 Two local businessmen and two others looking at the grounded ship at Playa Barco Varado. Photo by Al Tetzlaff 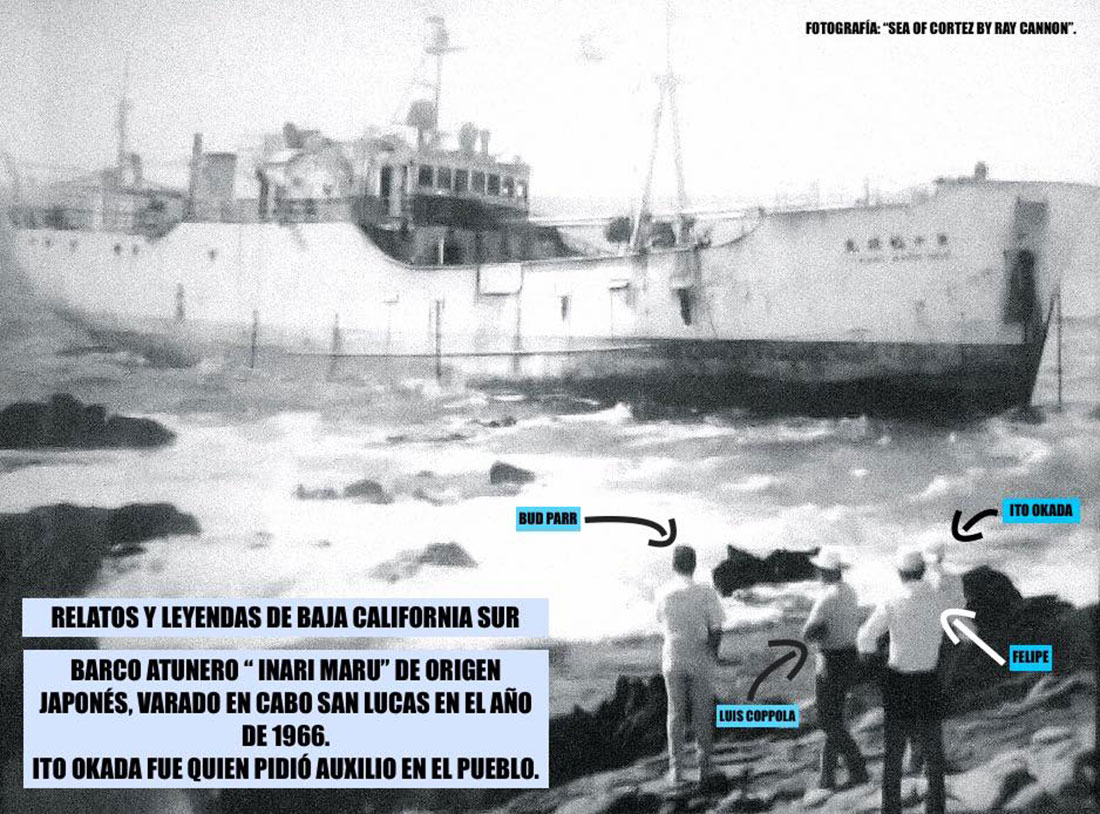 Photo credited to Sea of Cortez by Ray Cannon. People in the photo are identified as: Bud Parr, Luis Coppola, Felipe and Ito Okada. Photo marked as 1966. Photo by Al Tetzlaff 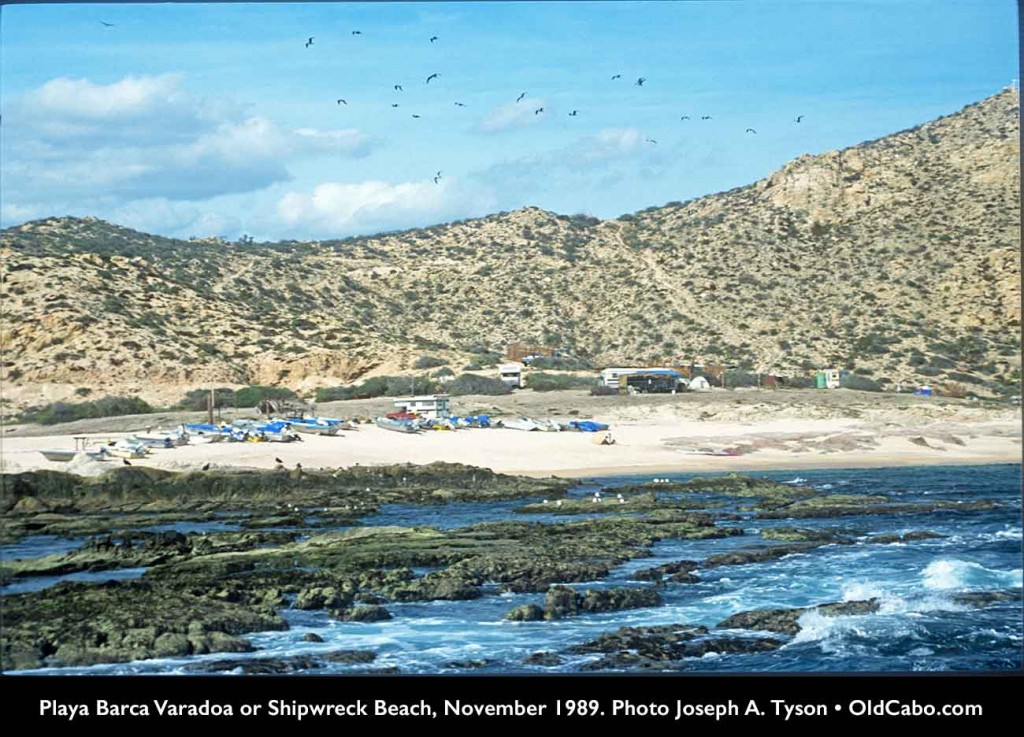 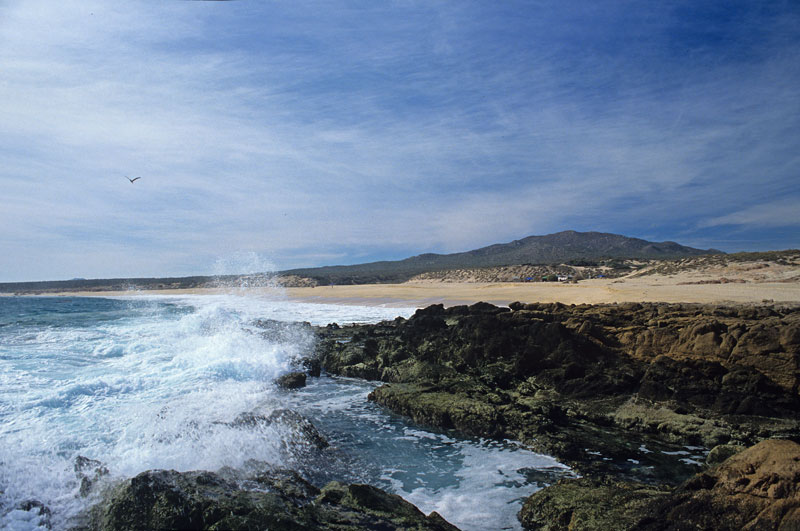 More information at this link.
http://www.cabosanlucasbeaches.com/shipwreck-beach/