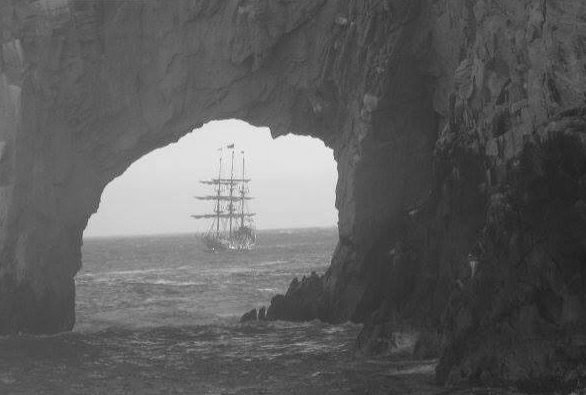 The ship was attacked by the English pirate Thomas Cavendish in 1586.

600 tons of cargo went to the bottom of the sea, 190 survivors were lowered in San Jose del Cabo.

As documented by the BCS chronic historian Paul Leocadio Martinez reports that English pirate Thomas Cavendish, started his sailing in 1586. Its three ships were the Desire 120 tons, 60 tons Content, and a boat of 40 tons; He turned down the southern tip of America, rose as its predecessor privateer Francis Drake, along the coast north committing all kinds of attacks.

The October 14, 1587 Cavendish came to Cabo San Lucas and decided there to spy on the Manila galleon, which was captured on 4 November following, was this the “Santana” 700 tons, bringing on board a valuable cargo in not only purpose but also metallic. The Spanish galleon could be considered a real strength; but as it came highly charged, he could not maneuver.

The guns came under the waterline and could not be used, so the crew remained on the defensive small arms among which entered darts and even stones. The boat was taken to St. Barnabas San Jose del Cabo today, then wash safe and there were cast ashore survivors in number of 190, among whom were some women. A roughly equal number were killed in action.

In San Jose del Cabo remained the pirate until 19 November; and on the 17th anniversary of the coronation of Queen Elizabeth, she gave a reception on board, also attended the Spaniards, men and women. The ships made the salutes.

After distributing the rich booty, they sailed the two small English ships (the boat had already been abandoned) and on the same night to find no separated again.

The “Content” was lost forever, before leaving the pirates had set fire to the Spanish galleon, which still had 600 tonnes of goods as they were unable to take; subsequently they sank by gunfire.

After crossing the Pacific Thomas Cavendish came to Plymounth the September 9, 1588, the same year of the destruction of the Spanish Armada.

Previously the first English pirate who burst into the Pacific was Francis Drake, a man of great fame as a sailor and soldier, carried out the second circumnavigation. Its main purpose was looting, but also entered their plans, exploration of land and the possibilities of extending trade to the spices and even increase the British domains and to compete with Spain in the Pacific ocean.

In its goals also he came to seek the famous imaginary Anián Strait, one of the most pressing goals of all European maritime powers of the time.

Plymounth Drake left England in December 1577, composed by three ships Pelican, Elizabeth and Marigold Pacific fleet entered the Strait of Magellan on September 6, 1578, hoisting the flag of Elizabeth of England, Queen excommunicated by the Papacy, which was directly and indirectly in the business partner of the pirates.