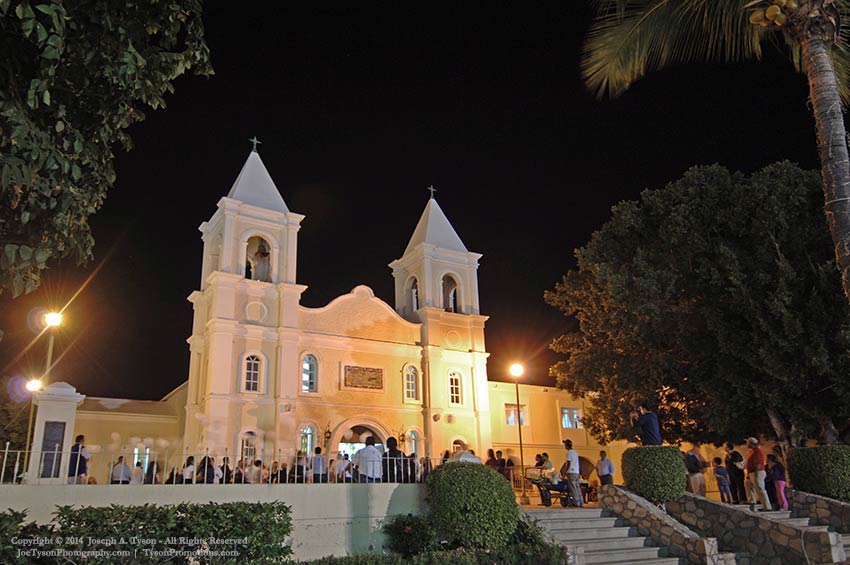 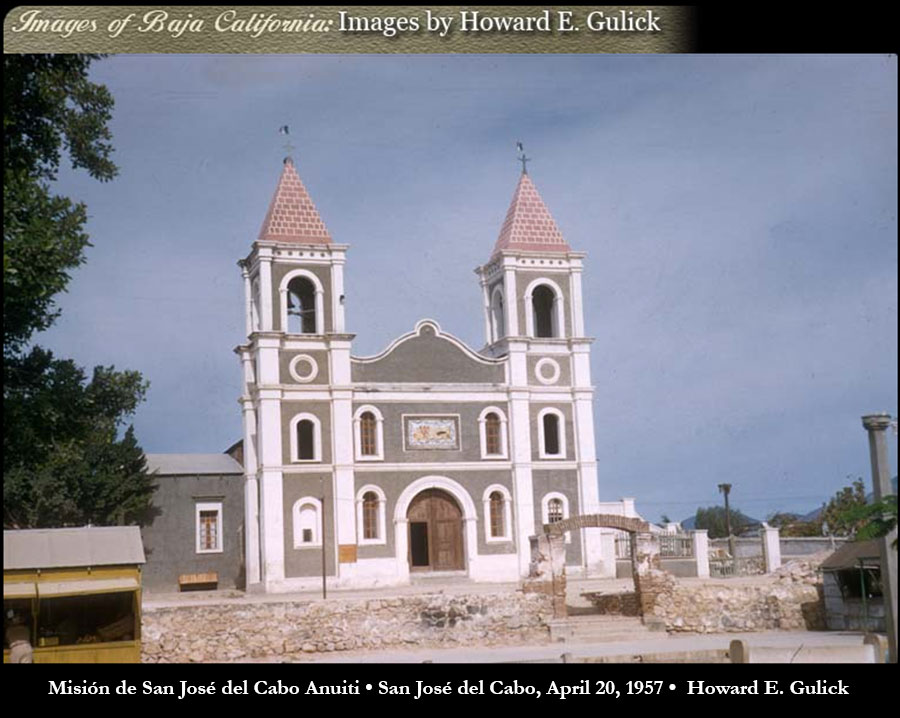 Founded near the southern end of the California peninsula, this was one mission that served one of the reasons for occupying California (to resupply the Manila Galleon on its long return to Acapulco from Asia).

The Pericú Revolt of 1734 destroyed the mission, and over its years, the mission moved locations at least 4 times between the beach and 5 miles inland.

The mission was closed in 1748, and for the next 20 years it was a visita (satellite mission station) of Santiago. It was returned to mission status with the arrival of the Franciscans who replaced the Jesuits after their forced removal.

No ruins remain today at any of the 4 sites, but the modern church in the town plaza is built on the final site.

Marquis Mcdonald identified two of the old mission sites during his excursion  during 1949-1950, but there was very little remaining to determine the size or shape. His book, Baja: Land of Lost Missions reports his findings.

Tile mosaic above the entrance doorway shows the murder of Father Tamaral in 1734.
Source: http://historum.com/american-history/83478-missionaries-baja-california-1697-1850-a-2.html

Established  in  1730  by Jesuits Father  Nicolas  Tamaral and  Jose  Echeverria, the first Mission building  was  established  close  to  the  Estero  (Rio  San  Jose),  soon  they  have  to  move  locations  do  to  a
mosquito infestation the new location was San Jose Viejo.
Constructions  at  that  time  were  simple  adobe  structures
with stick  and  palm  roofs and  do  to storm damage and Pericu Indians sacked and destroying the buildings the Missionaries had to move the mission location on several times. Father Tamaral rebuilt the Mission on the Santa Rosa area.

In 1734  Father  Tamaral  pronounced  against  polygamy,  this  pronouncement  caused  a  rebellion, where  the  Pericu  Indians  burned  the  Mission  and  during  the  uprising,  Father  Nicolas  Tamaral  was murdered with great cruelty, The Jesuit Fathers left the Baja Peninsula in 1768.

In  1932  the  actual  Mission  was  built across to  the  Plaza  Mijares,  being  served  by  Combodian Missionaries from 1948 – 1986. Actually the Mission of  San Jose has been in the Hands of Diocesan Clergy and attended by Father Juvencio Gonzalez.
English Mass: Sunday at 12 Noon
Phone: (624) 142-0064
Email: padrejuve@hotmail.com
From an old website: http://www.cabomission.com/ 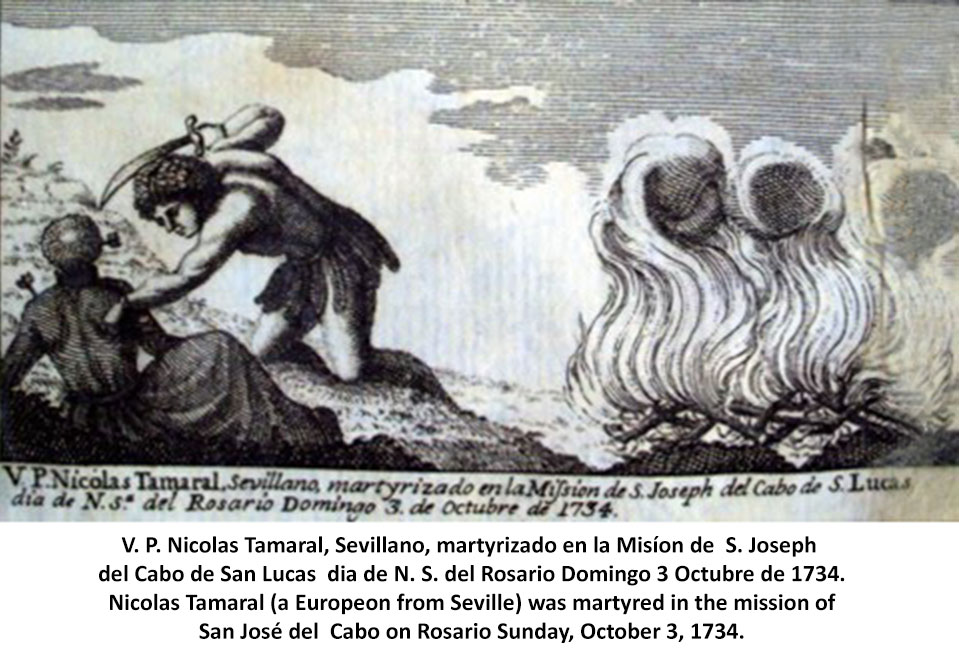 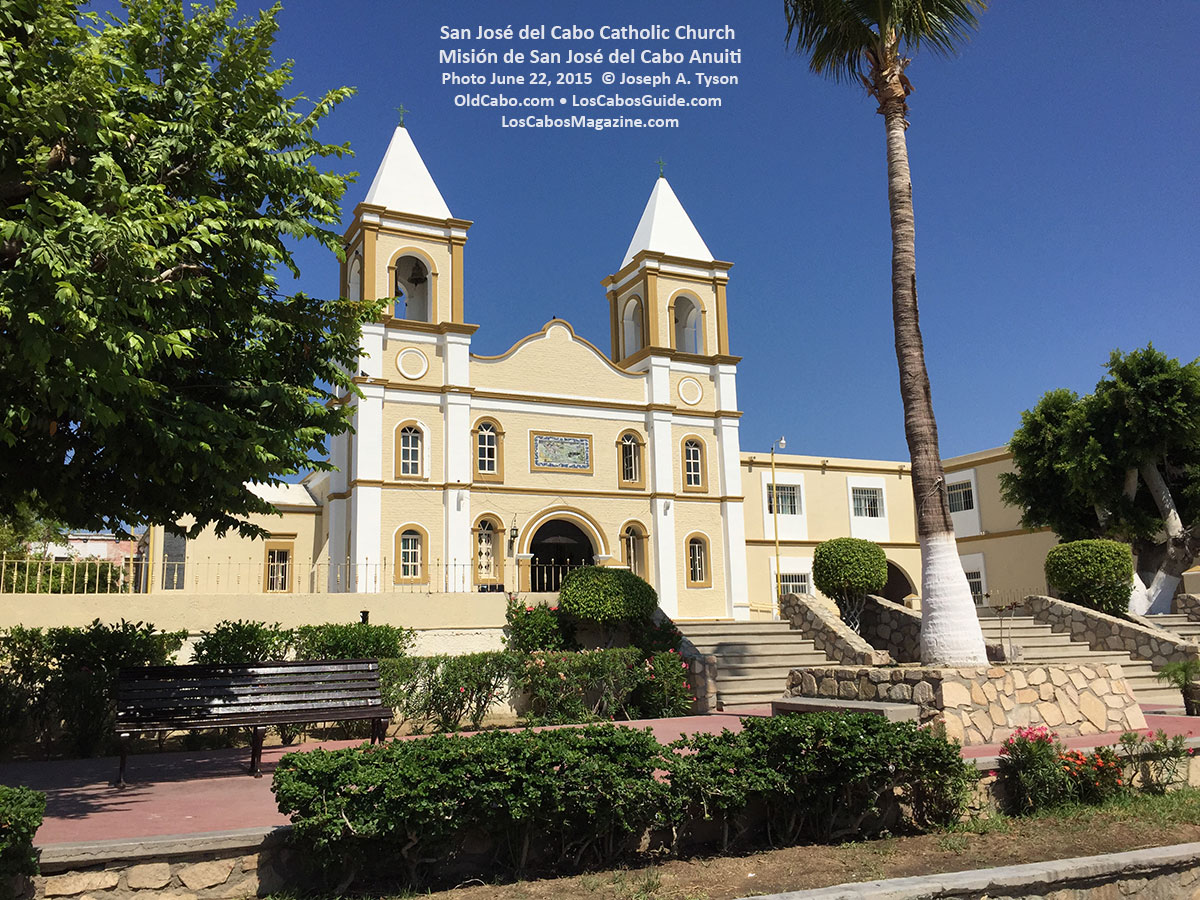 Mission San José del Cabo was the southernmost of the Jesuit missions on the Baja California peninsula, located near the modern city of San José del Cabo in Baja California Sur, Mexico.The southern cape of the Baja California peninsula had been an often-visited landmark for Spanish navigators (as well as English privateers) for nearly two centuries when a mission was finally established at the Pericú settlement of Añuití in 1730 by Nicolá Tamaral. Initially located near the beach, the station was subsequently moved inland about 8 kilometers.In 1734 the Pericú Revolt broke out, Tamaral was killed, and the mission was destroyed. In 1735–1736, the reestablished outpost was moved back closer to the coast, but it served as a visita for Mission Santiago and as the site of a Spanish presidio. In 1753, San José del Cabo was again moved inland. In 1795, under the Dominicans, the surviving native population of Mission Santiago was transferred to San José del Cabo. The mission was finally closed in 1840.

Today this  is the most historical place to get married in Los Cabos with a Catholic ceremony.  Have a nice day,  Francisco Estrada
http://photoamore.photoshelter.com/