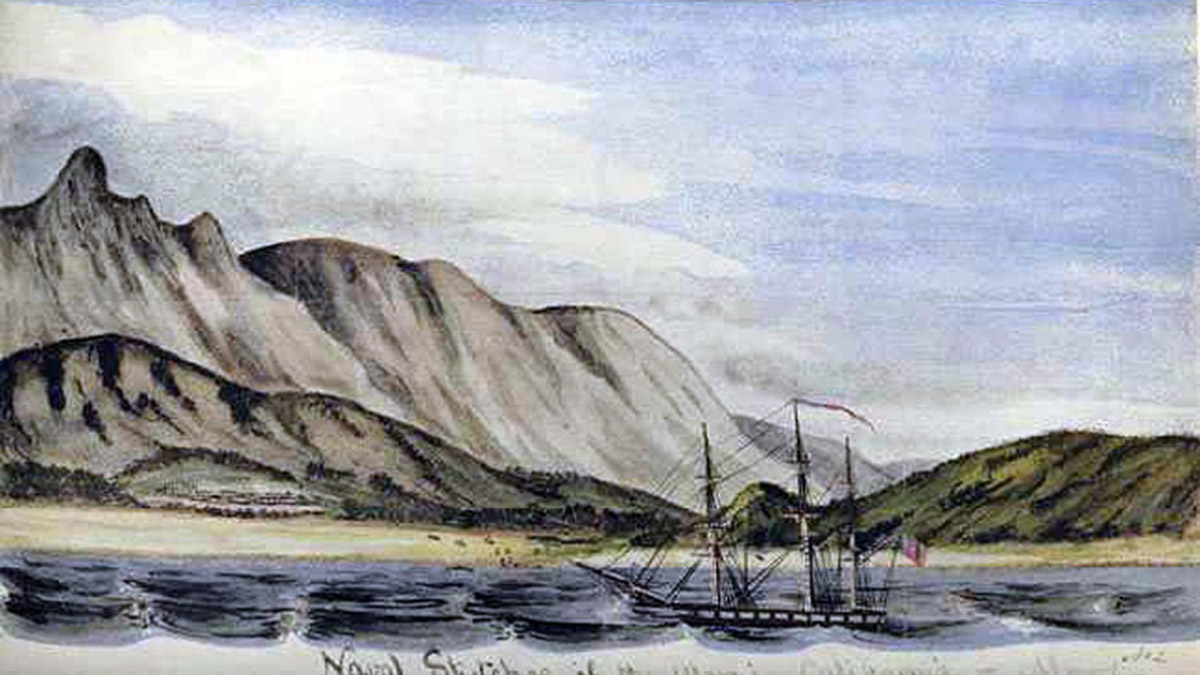 Watercolor drawing of  the USS Dale off the coast of San Jose del Cabo in 1847 during the Mexican-American War. By Seaman William H. Meyer.  Source = The Webzine for Traveling and Living in Baja California ©2004-2009 GFDL Desert Digital LLC 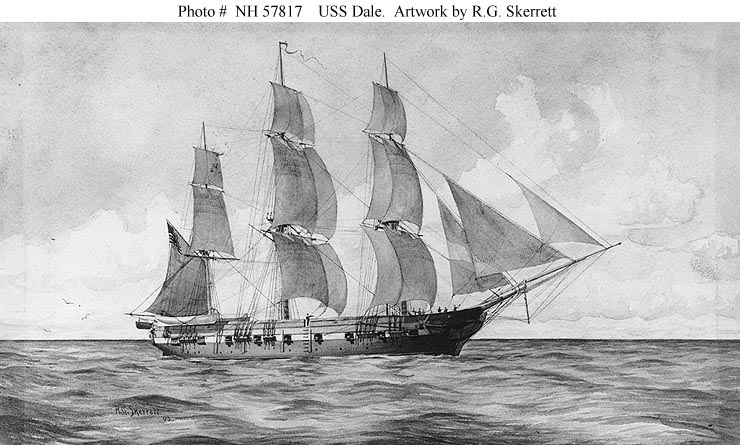 USS Dale (1839) (later Oriole) was a sloop-of-war in the United States Navy commissioned on 11 December 1839. Dale was involved in the Mexican-American War, the American Civil War, operations along Africa to suppress slave trade, and was used in the US Coast Guard, among other activities.
https://en.wikipedia.org/wiki/USS_Dale_%281839%29

Mexican / American War of 1846 to 1848
The history of the Mexican / American War of 1846 to 1848 in Baja California is often forgotten. This is due to the fact that the war and most of the more sensational battles were fought in the interior of Mexico. But some little know facts about the war in Baja California. Read more at:  http://www.bajainsider.com/article/mexican-american-war-baja-california-sur