The resources and links on this page have provided valuable information and help in preparing this site. Please visit these links for even more information about Los Cabos. 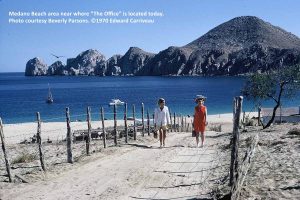 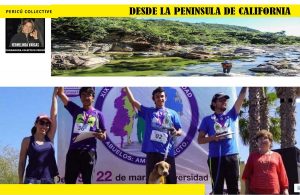 This site has a lot of great historic information about the Los Cabos regions and other parts of México. Many great, old photos as well. He attended Universidad Autónoma de Guadalajara and lives in Salamanca, Guanajuato, Mexico. http://vamonosalbable.blogspot.mx/

A Brief History of Los Cabos, Part I: The Mystery of the Pericúes

The first human inhabitants of what is now Los Cabos were the Pericú, a hunting and gathering tribe whose territory not only included the southernmost part of the peninsula but also the East Cape and the islands closest to La Paz: Cerralvo, Espírtu Santo, Partida, and San José. They might also have occupied the land that is present-day La Paz, although it’s thought this area was constantly disputed between the Pericúes and their northern neighbors, the Guaycura.  Read more here:  www.loscabosguide.com/a-brief-history-of-los-cabos-part-i-the-mystery-of-the-pericues/ 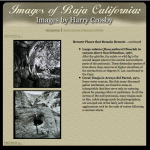 The Native Americans of the central and lower peninsula disappeared after less than two centuries of exposure to alien diseases and European ideological and economic domination. Their material remains are few and, for the most part, inconspicuous. Thirty years ago, during my first major adventure in Baja California, I was guided to magnificent displays of rock art, paintings and engravings.
http://libraries.ucsd.edu/speccoll/baja/crosby/index.html 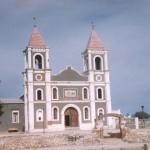 San José del Cabo. 1957. “San José, with its mild climate, somnolent atmosphere and beautiful surroundings, is certainly one of the most attractive towns in Baja California. The original site of the Jesuit mission of San José, founded in 1730, was on the beach at the west end of the estero, adjacent to the cemetery.” 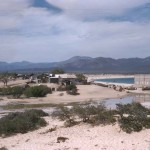 The Mandeville Special Collections Library houses Gulick’s Baja California-related papers, including his original travel journals, correspondence, map materials and, notably, his photographic slides. A selection of Gulick’s Baja California images dating from the 1950s and 1960s can be found on the link below.  The website states that all quotes regarding his images are from the 1956 edition (the first edition) of the Lower California Guidebook. The photos in this collection are spectacular.
http://libraries.ucsd.edu/speccoll/baja/gulick/gulick1.html
Photos of San Jose del Cabo and Cabo San Lucas start at this link. http://libraries.ucsd.edu/speccoll/baja/gulick/gulick38.html 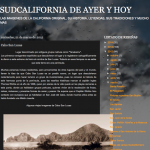 Images of old Baja California Sur, legends, traditions and more. This place was called by ancient native groups as “Yenekamu”. The first Spanish explorers who discovered the place and recorded cartographically gave land east end of the name of Luke (Lucas). Yet at that time it was not known that this land was a peninsula.
http://lapazantigua-sudcalifornia.blogspot.mx/2012/03/cabo-san-lucas.html

Cabo San Lucas is featured in the last two minutes.

Hernan Cortez sat in his headquarters on the Isthmus of Tehuantepec scheming about what he might conquer next. Bingo! A shipwreck survivor reported an island ten sailing days north that was populated by Amazons and was rich in gold and pearls. That sounded to Hernán like the fabled island of California ruled by the Amazonian Queen, Calafia. He fairly drooled at the thought. “Andale, hombre”, he told his ship builder, “get on with it”.   In 1535, with three galleons and a compliment of over 600 men and women, Hernan sailed into a tranquil bay which he promptly named Santa Cruz. It didn’t take him long to figure out that there weren’t no gold and there weren’t no Amazons, neither.   continue reading . . .
http://www.loscabosguide.com/cabo-san-lucas/history.htm 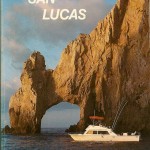 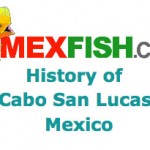 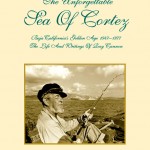 A history of Baja California Sur presented by  Domingo Saiza Castro. This site is in Spanish but has some good information and very nice old images.

During the last decade of the nineteenth century and the first three decades of the twentieth century maritime activity was one of the most significant events in the history of development of Baja California Sur. The old lighthouse at False Cape is the only witness of the time, and is the ultimate icon of the history of navigation in our state.  http://faroviejo.angelfire.com/ 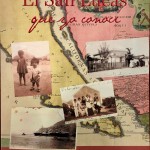 El San Lucas que ya conocí
By Maria Faustina Wilkes Ritchie
2010 First Edition (Spanish)
Mrs. Maria Faustina has been praised several times for his career, renowned teacher and scholar origin “cabeño” that has driven the future of hundreds of children, strengthened the character of youth and pride of his contemporaries to rescue from the ground history , culture and traditions of the region of Cabo San Lucas. As a student of the past now becomes the voice of those who had wanted to tell their memories. 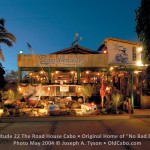 Latitude 22 The Road House Cabo
Original Home of “No Bad Days”
The Roadhouse is Cabo San Lucas Restaurant and Bar which features great food and drink. Come see the famous Peter Bacon as he is our featured live music entertainment.
http://www.latno2baddays.com/

If you need a professional and affordable specialist in the Los Cabos area, look no further.  Based in Cabo San Lucas, Los Cabos, Mexico, photographer Francisco Estrada is the dynamic and creative force behind Photomexico. Bringing over 12 years of experience to each project, his edgy and creative style offers a fresh approach to advertising & commercial photography.
Home Page: photomexico.photoshelter.com 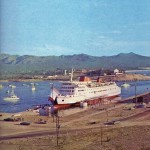 Alan MacKenzie
Memories of 26 Years at Sea
“Alan MacKenzie has made a huge contributed to the SeaDogs website with over 200 photos and a 6378 word essay about his amazing 26 year career. Brilliant stuff, thanks Alan. To reduce the loading time I’ve split it all up into 9 separate pages listed under the ships that Alan sailed on.  I have spent literally, hours going through it (I think I’ve just about seen it all now) and bits are just so nostalgic it almost hurts! ”
The above is an excerpt from the Seadogs website, regarding Alan KacKenzie.
http://www.seadogs-reunited.com/Dogs%20A-B.htm#Alanm 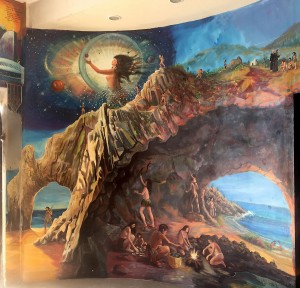 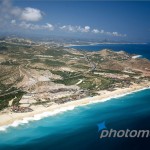 Based in Los Cabos, Mexico, photographer Francisco Estrada is the dynamic and creative force behind Photomexico. Bringing over 14 years of experience to each project, his edgy and creative style offers a fresh approach to advertising & commercial photography.
With a professional studio is Cabo San Lucas, Mexico, Photomexico can provide a customized studio shoot, or bring their equipment to you and provide a full-service location shoot. If you need a professional and affordable specialist in the Los Cabos area, look no further. After 8 years and hundreds of projects in the area, Francisco is undoubtedly an expert you can trust.
http://photomexico.photoshelter.com/ 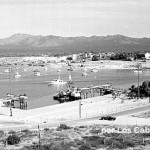 From Google Translate:  In those years there were few hotels, services and people in the region, so were rather few tourists could get here. In this shot made from old packing tuna Pando, we see the bottom, right why many we met as Hotel Hacienda, but first was one of the luxurious Camino Real Hotel, they were, as was also Hyatt, prestigious companies with high quality standards, to local pressure, preferred better leave Los Cabos. 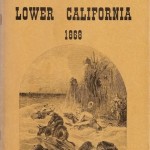 EXPLORATIONS IN LOWER CALIFORNIA: 1868 (as seen through the eyes and pen of J. Ross Browne)
As I collect old, out of print works on Baja… and find things that I think would be of interest… I will post them here for you to enjoy. J. Ross Browne’s artwork from his travels in Baja and the Southwest in the 1860’s is well known and provides a unique perspective into the hardships of life in those days.
http://forums.bajanomad.com/viewthread.php?tid=37845 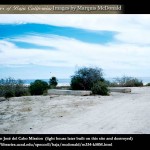 Marquis McDonald traveled the length of the Baja California peninsula in a Jeep with his friend Glenn Oster. Inspired by Arthur W. North’s 1905 mule-back journey described in the book Camp and Camino in Lower California the two men set out in the fall of 1949 to visit all the known mission locations in Baja California. In 1968 McDonald published a book about the adventure, Baja: land of lost missions. Mandeville Special Collections houses over 150 original photographs by McDonald which document the peninsula’s missions, ruins, and scenery. A selection here follows. All quoted text from McDonald’s book.
http://libraries.ucsd.edu/speccoll/baja/mcdonald/index.html

James Ronald Stewart served as diving officer for the Scripps Institution of Oceanography from 1960-1991. During this period, Stewart developed scuba diving training procedures, equipment standards and diving manuals that became a model for scientific diving in the United States and influenced diving practice internationally.
http://libraries.ucsd.edu/collections/sca/ 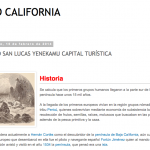 CABO SAN LUCAS
YENEKAMU CAPITAL TURÍSTICA
It is estimated that the first human groups arrived in the southern part of the peninsula about 15 thousand years ago. These sites have a large number of images and  source of historical information.
https://www.facebook.com/mandyminisuper/ 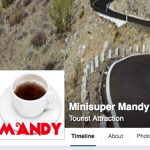 The sacking of the galleon Santa Ana

by Hector Santos © 1996, 1997 by Hector Santos.
All rights reserved.
Read the recap of the battle and sacking of the galleon Santa Ana by Thomas Cavendish (also Candish) off the coast of Cabo San Lucas in 1857.

“In fact, two English ships under the command of twenty-seven-year-old Thomas Cavendish were already stationed around San Lucas, then believed to be the southern extremity of the island of California.” http://www.bibingka.com/sst/santana/santana.htm

Santos, Hector. “The sacking of the galleon Santa Ana” in Sulat sa Tansô at http://www.bibingka.com/sst/santana/santana.htm.
US, April 5, 1997.

Tendencia – El Arte de Viajar –  In 1730, Nicholas Tamaral arrived either by sea or by land at a place on the coast where there was fresh water; perhaps an oasis or a stream. Looking for a location with suitable conditions, he found a place on a hill with a breathtaking view where he decided to establish the mission. In 1734, he was martyred by the rebellion of indigenous people. The building was destroyed to some extent and abandoned. The region became a visit for missionaries who came at times to celebrate Mass and continue the evangelization. The spiritual conquest ended in 1840 with the abandonment of the missions in Southern California.
www.oldcabo.com/resources/scented-soil-san…ission-1730-1840/ ‎
http://www.tendenciamagazine.com/scented-soil-san-jose-mission-1730-1840/?lang=en

An approach to the process of urbanization in Baja California Sur during the porfirian period: the case of San Jose del Cabo

Beachfront Condo at La Jolla
Permission for use of the 1966 black and white images on this page. www.oldcabo.com/cabo-san-lucas-1966/
provided by the friends of Bette Sutherlin via email.
http://www.vrbo.com/67127