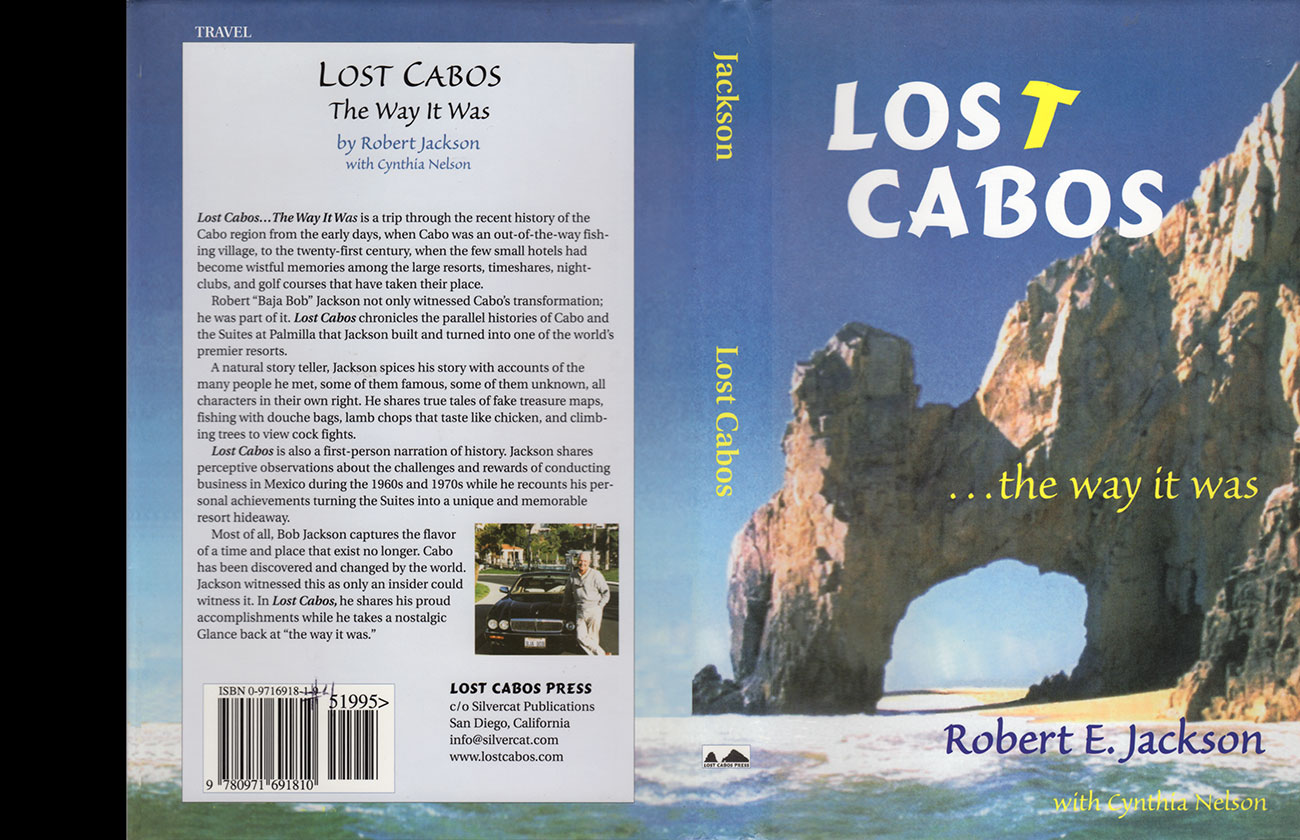 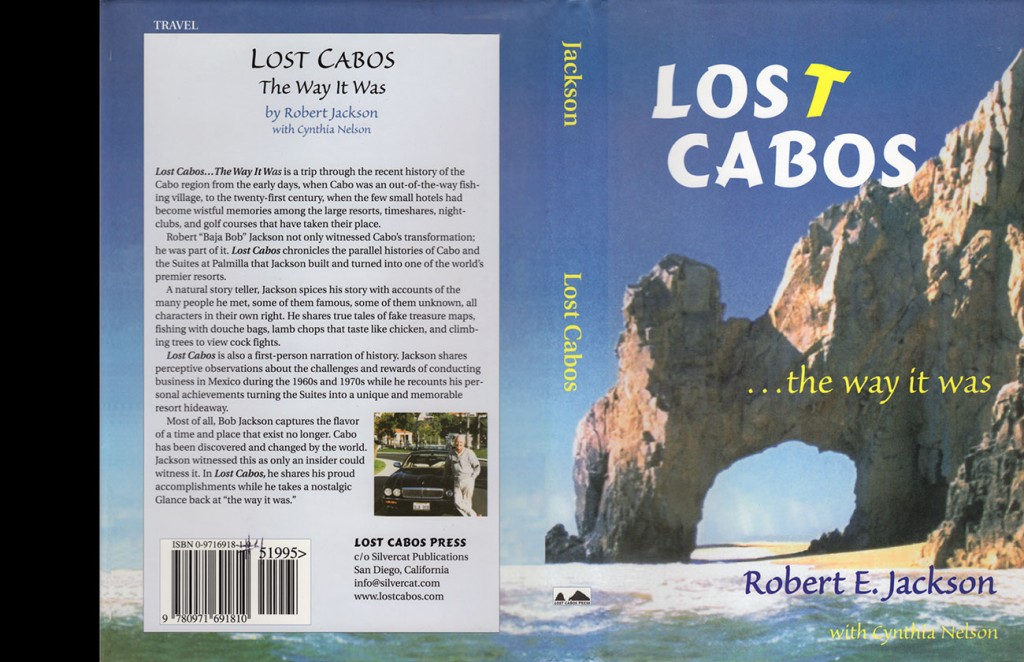 Lost Cabos … The Way It Was is a trip through the recent history of the Cabo region from the early days, when Cabo was an out-of-the-way fishing village, to the 21st century, when the few small hotels had become wistful memories among the large resorts, timeshares, nightclubs, and golf courses that have taken their place.

Robert “Baja Bob” Jackson not only witnessed Cabo’s transformation; he was part of it. Lost Cabos chronicles the parallel histories of Cabo and the Suites at Palmilla that Jackson built and turned into one of the world’s premier resorts.

A natural storyteller, Jackson spices his tale with accounts of the many people he met, some of them famous, some of them unknown, all characters in their own right. He shares true tales of fake treasure maps, fishing with douche bags, lamb chops that taste like chicken, and climbing trees to view cock fights.

Lost Cabos is also a first-person narration of history. Jackson shares perceptive observations about the challenges and rewards of conducting business in Mexico during the 1960s and 1970s while he recounts his personal achievements turning the Suites into a unique and memorable resort hideaway.

Most of all, Bob Jackson captures the flavor of a time and place that exist no longer. Cabo has been discovered and changed by the world. Jackson witnessed this as only an insider could witness it. In Lost Cabos, he shares his proud accomplishments while he takes a nostalgic glance back at “the way it was.”