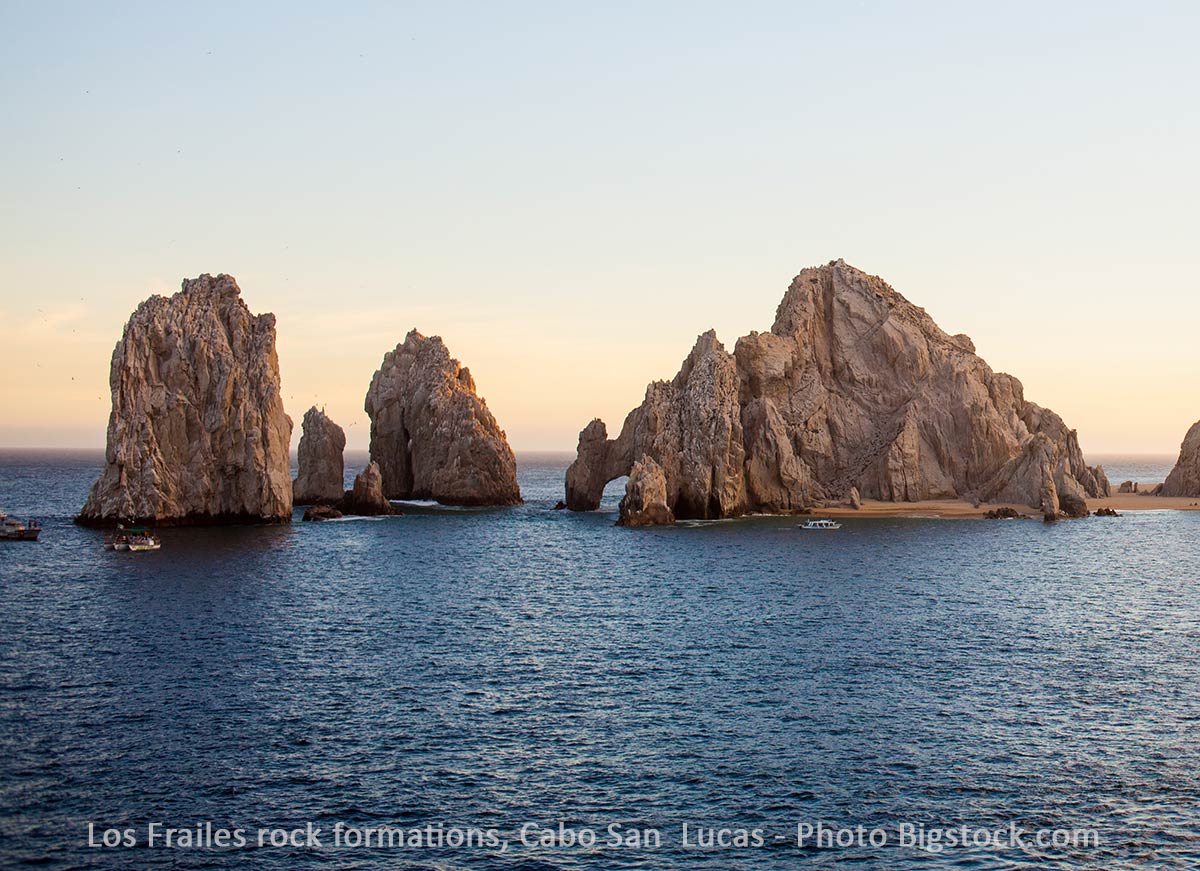 Below are  various comments about the popular Cabo San Lucas landmark at Land’s End call Los Frailes or (The Friars, or Monks).

El Arco, the great arch itself, is also the boundary marker non pareil. It divides land from sea–it is the last stretch of uninterrupted land reaching down from Alaska to the southern tip of the 800 mile long Baja California peninsula–sea from sky, and the Sea of Cortés from the Pacific Ocean. Beyond it is the passage of water that weaves in between what Steinbeck once called the Friars, the large rocky sentinels that guard the bay. The largest of the three is called Cerro Blanco (white hill) by local fishermen, and is in effect Land’s End, although that designation is given to the entire promontory.
http://www.loscabosguide.com/blog/2015/08/a-brief-history-of-los-cabos-30-million-years-at-lands-end/

“Known popularly as Los Frailes (The Friars), these rock islets look like hooded monks and are known to be a favorite hub of sea lions. Other rock formations near Land’s End in Cabo include Roca Pelicanos (Pelican Rock), a smaller rocky outcrop located off the northeast side of the cape. ”
Read more:  http://www.destination360.com/north-america/mexico/cabo-san-lucas/el-arco

“… and head out to Cabo’s most famous natural feature, the Arch. “El Arco” is part of a formation known as the Three Friars, which make up the peninsula’s very southern tip, Land’s End.”
Read more: http://www.lonelyplanet.com/mexico/baja-california/cabo-san-lucas/travel-tips-and-articles/76588#ixzz3fhLj4eME

“The tip of the Cape at San Lucas, with the huge gray Friars standing up on the end, has behind the rocks a little beach which is a small boy’s dream of pirates.”
Read more: https://www.expeditions.com/destinations/baja/the-experience/read-up-gear-up/staff-article16/

There are several  text references and a to the Los Frailes rock formations as well as a legend on the San Lucas map in Walt Perterson’s  1987 “The Baja Adverture Book”. 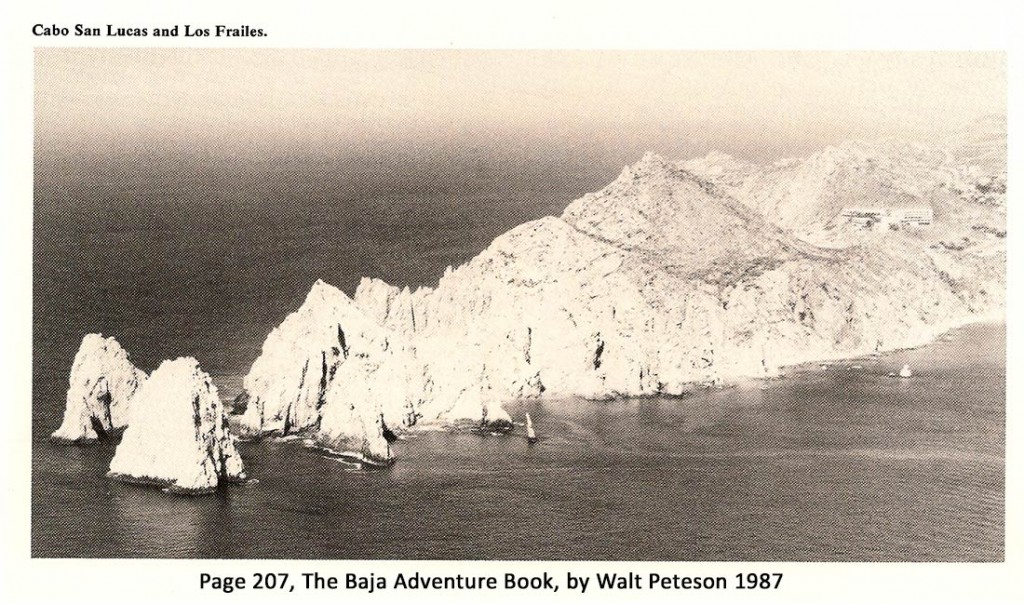 The photo  above is captioned “Cabo San Lucas and Los Frailes”.

Editor’s note:  There are conflicting comments about the correct name. We are trying to clarify this information and will post an update when available.