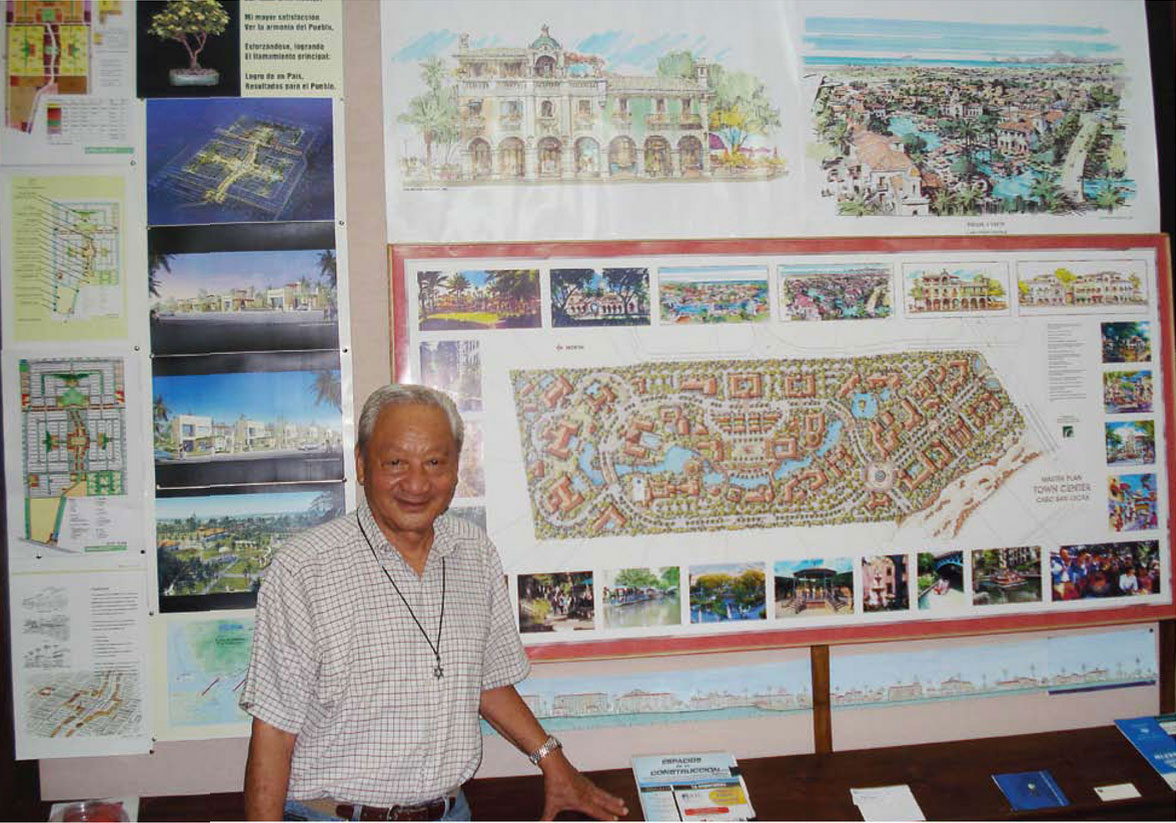 Meet Carlos Ungson, one of Baja’s true pioneers. Many people claim to be famous but not Carlos… however, his life story tells otherwise.

Benjamin Ungson (Carlos’ father) was just 16 years old in 1895 when he travelled across the Pacific Ocean from China to Mexico, a whole new world to him. After living in many areas of Mexico, he finally settled in Mexicali where in 1935, Carlos was born. Benjamin insisted that all his children learn to speak Spanish and their native Chinese dialect as well as English.

When he was nine, Carlos, a brother and one of his sisters were sent to boarding school in Los Angeles where Carlos thrived during his formative years. He earned an Engineer’s degree from the University of Southern California and served his first job with IWATA, an international engineering firm. In 1960, architect Alberto Triboletti received a contract to build a new hotel in Los Cabos, Mexico which lead to the question …”where?” Carlos had a feeling that his future would change dramatically.

“As I flew over the site for the first time, it was pointed out to me where the hotel would be built and I remember thinking…’where am I going and what have I gotten myself into’! It turned out to be the greatest adventure that has ever happened to me or that could happen to anyone…to experience what I did as a 25-year old!”

Building materials took weeks to arrive by boat so Carlos and his team made equipment to trim lumber, make tiles and mix cement. They also built electrical stations, water reservoirs and sewage plants… remember this was 1960 with no highway or easy access by plane.

The Hotel Cabo San Lucas soon became a world-famous destination, known as a quick get-away for Hollywood’s “Rich & Famous”. People lucky enough to discover this desert oasis found themselves enjoying a cocktail with John Wayne and Frank Sinatra, teeing off with Bob Hope and marlin fishing with Ernest Hemingway.

In 1961 when construction was finished, Carlos became General Manager of the hotel until 1976 when he moved on to projects such as the Palmilla Hotel, the Twin Dolphin Hotel and the Hacienda in Cabo. He invested wisely in real estate, much of which he still owns today, including the beautiful Casa Bella Boutique Hotel located in Cabo San Lucas Centro. It remains a family business with his lovely wife Maria Elena and his daughter Barbara there every day.

Carlos’ contributions have benefited Los Cabos for decades and his visionary commitment to the future will continue to do so for generations to come. Even now in his golden years, Carlos has three major projects on the go: Town Center / Riverwalk, Cabo San Lucas: located between Wal-Mart and the bullring arroyo sit 30 hectares (75 acres) which for the past 10 years have caused people to ask…”where do those two paved roads go, what will be built there?”. The answers will soon be revealed when construction of the Town Center / Riverwalk of Cabo San Lucas is started. It will be home to businesses, stores, restaurants, shops, boutique & luxury hotels, condominiums, medical facilities…everything a bustling community needs including a winding riverwalk just like in San Antonio. Of course, proximity to the beach and wonderful vistas are free.

The Town Center / Riverwalk will combine local culture with international flair. Investment opportunities are available as all permits are in place and financing is being finalized.

Marina on the Pacific, Los Cerritos: located just south of Todos Santos, the property is 1100 hectares (2500+ acres) with 2 km of beachfront then across Highway 19 for 7 km up the side of the Sierra Laguna foothills. The oceanfront section will have a 200-slip marina, a signature-designed golf course, and private residences. The land sites across the highway will be home to 1 acre estate homes with panoramic vistas. The close proximity to both Cabo San Lucas and La Paz makes a 30-minute drive easy and quick.
Information about all three projects can be found at www.iicg.com

“Once in our lifetime, we are offered a wonderful opportunity which will change our lives forever. I was very fortunate and took mine 50 years ago. It can happen to anyone…we don’t do things for ourselves but for others. “
It has been my extreme privilege to know Carlos and his family for 14 years and I look forward to his on-going ventures in keeping Baja the magical place that we enjoy!