Photo of Hotel Hacienda Cabo on Medano Beach, or Playa el Médano circa 1966.

The most recent source of this image is from a Facebook post by Maria Faustina Wilkes Ritchie.

“Buenos Dias. This photo is full of a thousand memories. At that time to operate all the services focused on tourism hoteliers gave lodging, laundry and three meal  to all employees. In this photo in the lower left corner are the rooms and dining room for the aforementioned, so tourism began in Cabo San Lucas. I do not know the credit of this photo. It has much history of course. Greetings”   Maria Faustina Wilkes Ritchie

Maria Faustina Wilkes Ritchie is the author of the book  El San Lucas que ya conoci or The San Lucas You Already Know.   www.oldcabo.com/el-san-lucas-que-ya-conoci/

Note: If anyone has any more facts about this image, please email  tyson@loscabosguide.com

Sebastián Romo Santillán, one of the founders of the airline Aerolíneas del Pacífico, later Servicios Aéreos de La Paz (with names like Abelardo Rodriguez, Luis Coppola Bonillas, Raul Aréchiga and Crisóforo Salido), and that was part of the early Los Cabos tourism development (with Bud Parr, Colonel Walters, Luis Bulnes), died  on May 7, 2012, a victim of cancer at 11:20 pm,  at the age of 73 years. He is survived by his children Raul, Sebastian, Beatriz, Rossana, Ana Elvia and Jesus Eduardo, whom we express  condolences with this writing.  To Capi Romo, a close friend of the environment, creative and consistent man with his ideas and ideals, we will dedicate a remembrance the days ahead. Rest in peace. 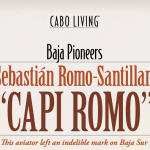 1533 – The first Spaniard to arrive in Baja California Sur is believed to have been Fortún Ximénez who landed there in 1533.  Fortún Ximénez  (died 1533) was a Spanish sailor who led a mutiny during an early expedition along the coast of Mexico and is the first European known to have landed in Baja California. Ximénez was the pilot of a ship, the “Concepción,” sent by Hernán Cortés and captained by Diego de Becerra. The ship set out November 30, 1533.  Source: Wikipedia

1535 – Hernán Cortés himself arrived here Cabo San Lucas, and named the Gulf of California the Sea of Cortés (Mar de Cortés) the name still used for it in Spanish

1537 – Francisco de Ulloa, the navigator for Hernán Cortés first came upon Cabo San Lucas. He was the first European to explore the entire Gulf of California and toured both coasts of the Gulf in 1539.

1730  – the Jesuit mission San Jose del Cabo Anuiti was established. Father José Echeverría and Father Nicolás Tamaral founded a mission in what is now San Jose del Cabo in 1730. At this point the European presence in the Los Cabos area became more or less permanent.

1768 –  The Jesuit Fathers left the Baja Peninsula.  A different source lists 1734 as the date the Jesuits left Baja.

1822 – 1824 –  A second ceremonial founding took place in 1822, when San Jose del Cabo was declared a town of the Baja California territory.  Although 1730 is the date that is considered the founding date of the town. (There is conflicting information about these 1822 and 1824 dates.)

1905 – Some development of the area began after the Mexican Revolution with a lighthouse at Cabo Falso as early as 1905.

1915 –  Ildefonso Green Ceseña, head of forces loyal to Venustiano Carranza, drove out those of Francisco (Pancho) Villa out of the southern part of the peninsula.

1917 – Cabo San Lacas was a municipal seat of a municipality of the same name in 1917 but lost this in a political reorganization in 1972.

1917 – A fishing village began growing in the area when in 1917 an American company built a floating platform to catch tuna.

1920 – Venustiano Carranza was assassinated on May 21, 1920. Born on December 29, 1859,  José Venustiano Carranza Garza was one of the leaders of the Mexican Revolution. He led the revolutionary faction that won militarily and he ultimately became President of Mexico in 1915.

1948 – Investors (the names of the shakers and movers were exclusive: Bing Crosby, Phil Harris, Desi Arnaz, and The Duke) pooled their coins and built hotel Las Cruces on the East Cape.

1949 – Cabo San Lucas is featured in the last 2 minutes of this video. Baja California : The Pacific Coast Of Mexico – 1949 Travelogue / Educational Documentary.   https://www.youtube.com/watch?v=6jd2unMOjZA

1952 – The southern half of Baja California becomes a territory.

1955 – Luis Bulnes Molleda arrive in Cabo to be the manager of tuna cannery. The shell of that building remains today.

1963 – Hacienda Cabo San Lucas  opened its doors in 1963. It was the very first of the great resorts opened in Cabo San Lucas. The original Hotel Hacienda was built by Rod Rodriguez, son of former Mexican president Abelardo Rodriguez.

1970 – Hotel  Bajo Colorado opens in Los Cabos, along what is now called the Tourist Corridor. (Opens again in 1977 as Hotel Twin Dolphin)

1972 – Hotel Finisterra was built atop Baja’s final promontory dividing the Pacific Ocean from the Sea of Cortez, by Luis Coppola Bonillas and his wife Evangelina Joffroy.

1972 – The original building of the Hotel Mar de Cortez was opened in downtown Cabo San Lucas in 1972 by Simon Yee and Carlos Ungson.

1973 – The 1,000-mile Transpeninsuar Highway was completed, connecting Cabo San Lucas with the U.S. Border at Tijuana. It was dedicated at its midpoint at Guerrero Negro on December 1, 1973.

1973 – The dredging of the Cabo San Lucas harbor begins.

1974 – Hotel Solmar opened, situated on the Pacific Ocean beach near the arch at land’s end. Built by Luis Bulnes Molleda.

1975 – September 8th 1975 was the date architect Manuel Dia Rivera laid the first stone of the community  of Pedregal de Cabo San Lucas, that would soon become not only his home, but of hundreds of families.

1975 – The dredging of the Cabo San Lucas harbor is complete.

1980 – The population of Baja California Sur was 215,139 (National Institute of Statistics and Geography)

1986 – The Los Cabos International Airport was expanded. The lure of  Los Cabos  reached deep into the United States and Canada and triggered the imagination of every citizen

1990 – The population of Baja California Sur was 637,026 (National Institute of Statistics and Geography)

2000 – The population of Baja California Sur was 424,041 (National Institute of Statistics and Geography)

2001 – A Canadian couple, John and Debbie Stewart, purchased the Hotel California and completed a masterful renovation. “A little jewel in the middle of the desert.”  a quote by John Stewart, creator of the modern era Hotel California

2010 – The population of Baja California Sur was 637,026. (National Institute of Statistics and Geography)

2010 – El San Lucas que ya conocí by Maria Faustina Wilkes Ritchie
An excellent book about the families of Cabo San Lucas.
As a student of the past now becomes the voice of those who had wanted to tell their memories.  2010 First Edition (Spanish)

2012 –  G-20 Los Cabos Summit was the seventh meeting of the G-20 heads of government. It was held in the Los Cabos Convention Center in San José del Cabo.

2014 –  September 14, Hurricane Odile hit a largely unprepared Cabo San Lucas directly as a powerful Category 3 Hurricane, the strongest hurricane ever to make landfall in the Baja Peninsula of Mexico.

2015 – Hotels and business continue to recover from the effects of Hurricane Odille.

Read the first of a series by Chris Sands titled a Brief History of Los Cabos. The link to part one is below.

NOTE:  this is still a work in progress. Any suggestions or corrections are welcome. 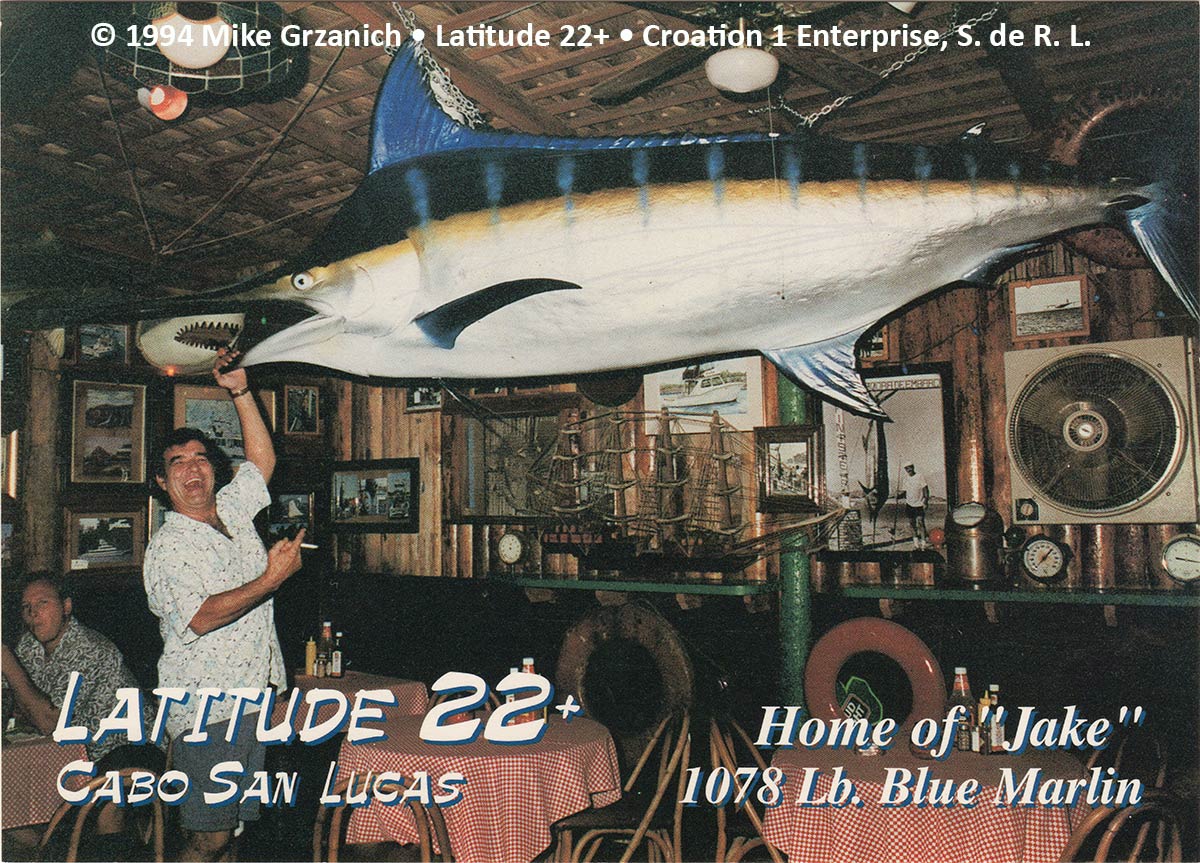 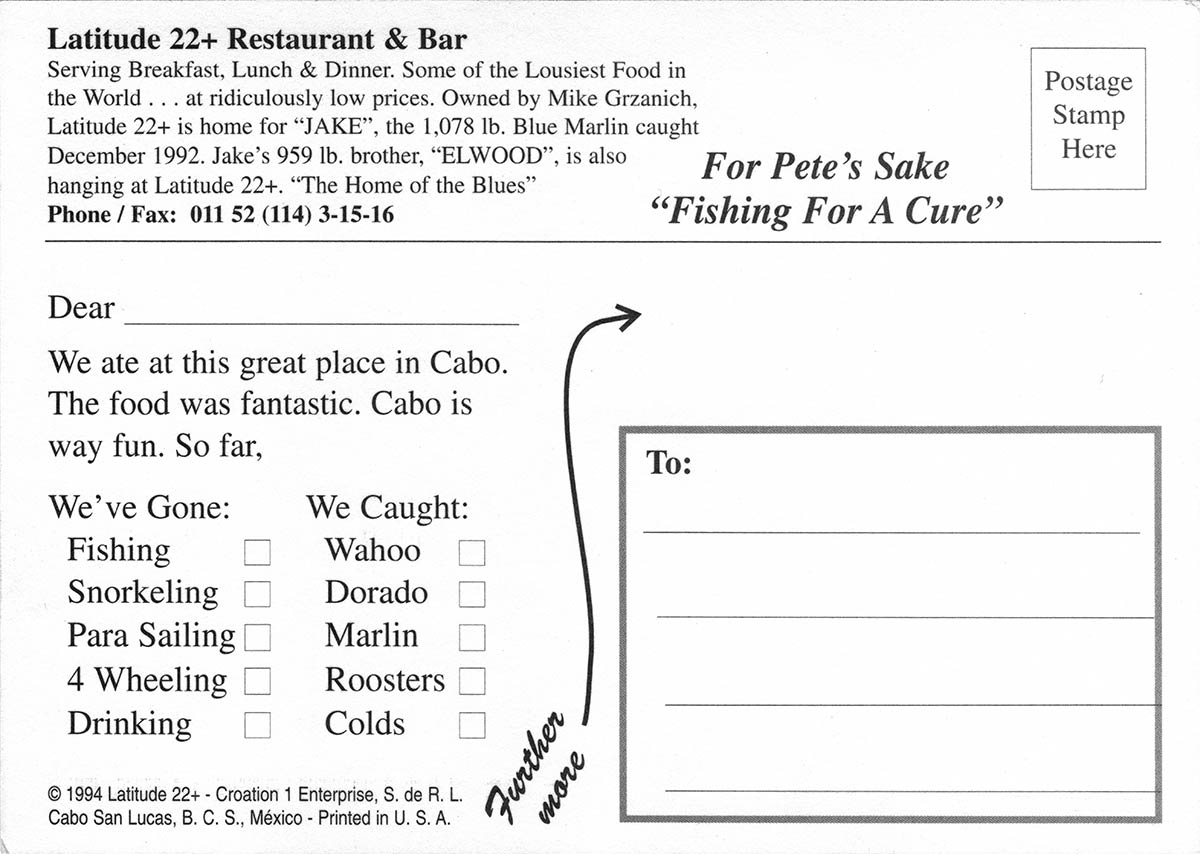 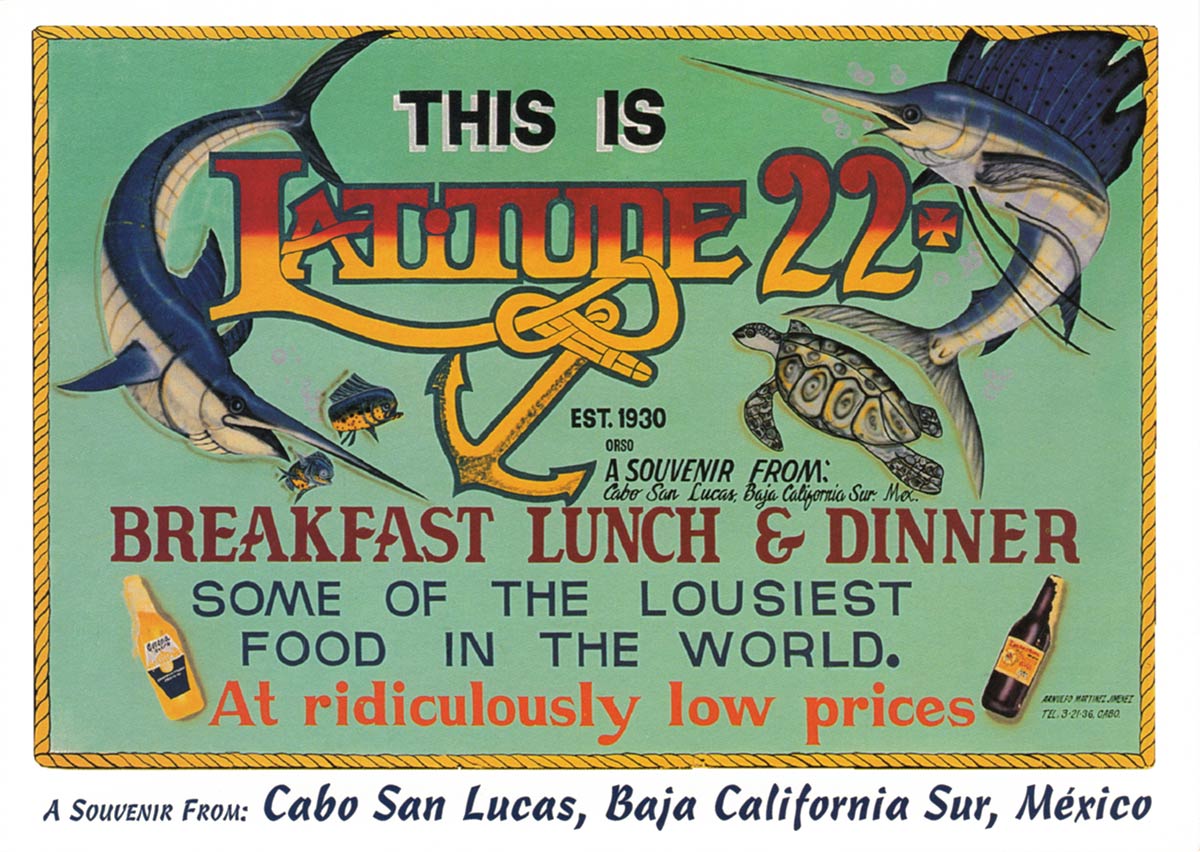 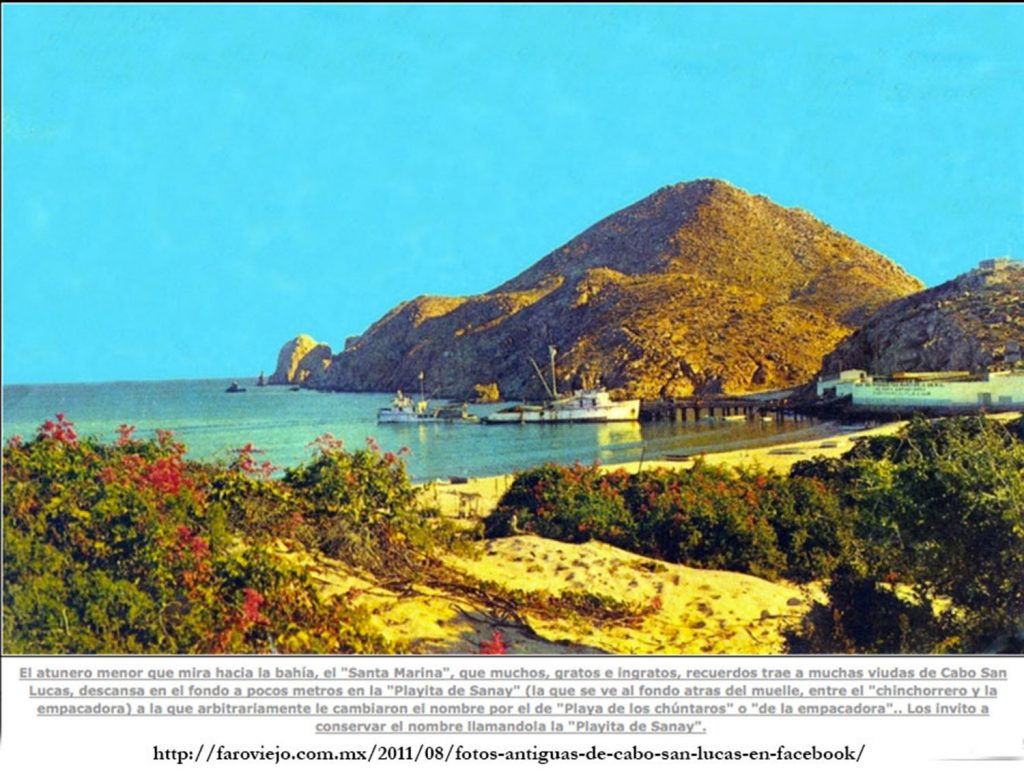 The actual date is not known, but this image has been listed on the internet  with date within the c1960s to c1970s  range.