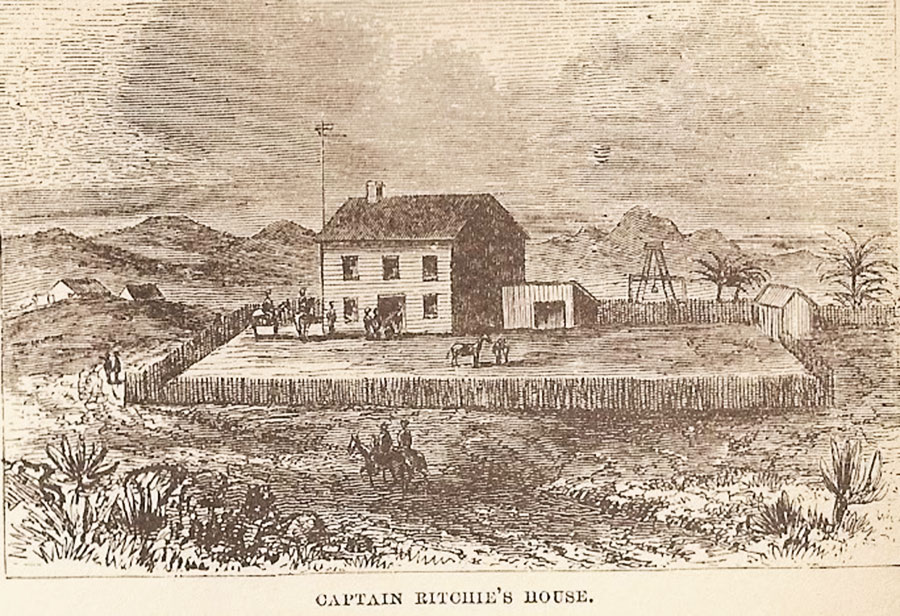 Captain Ritchie was a singular man and outside the common way of life.  He had an adventurous spirit which distinguished the first pioneers of this coast, and owned a generous heart always ready to give of its abundance when needed.  He had that peculiar faculty which sees justice from an abstract point of view, and was guided by the internal principles of his conscience rather than the dictates of convention or the urgency of the laws of society.  When a boy of only seventeen years, he fled an English whaling ship and settled in Cabo San Lucas for more than 50 years.  He had two Mexican spouses (though some say seven).  He founded a great family and by the last years of his life was an absolute judge in the district whose word was considered law. http://www.thomasritchieincabo.com/contenido/biography.html

Captain Ritchie´s house in Cabo San Lucas is a hearth to adventurers of all parts of the world.  Admirals, commodores, captains, common sailors and pirates all took refuge there.  Miners, merchants and cattleman all made use of the house.  In a word, the door was open to all.  All that have money can pay; to those who do not he gives food and drink for their companionship from his generous heart.  No traveler went away from his door without rest and support.  Since the opening of the mines San Antonio and Triumph, Captain Ritchie has done a good business bringing passengers and cargo to the mines.  Whalers find it advisable to arrive at the house with fresh beef so that there is always enough meat for all.
Source: “Mazatlán Decimonónico” by Antonio Lerma Garay.